Please check out a new episode of my Cable-TV show, the Good Government Forum, on YouTube. I interview New Rochelle Police Commissioner Pat Carroll about issues facing our excellent police department. On the Good Government Forum, I interview elected and civic leaders about issues facing our community. The 30-minute show airs every Thursday at 12am, 7am, 12pm & 7pm on Cablevision Channel…

THANK YOU! I’m very proud of our effort to save the New Rochelle YMCA pool. We had a wonderful fundraiser last night – 150 people attended and so far we raised $27,000 (with more coming in). Special thanks to the following: To my fellow elected officials representing New Rochelle – Democrats & Republicans – for…

I’ve been helping the New Rochelle YMCA in the drive to SAVE its pool, and we’re having a fundraiser this Thursday, March 26. It’s an important cause and WE NEED YOUR HELP. The pool is currently closed and needs repairs to roof. For decades, our YMCA was the place in New Rochelle where kids from…

Consider donation to military or veteran charity this year!

Originally posted on Free Voter Blog: There are only a few days left in 2014, and I know people like to make charity donations in the final week of the year. I’m making several donations this week. As a Marine Corps veteran, I’m partial to donations to military/veteran groups, and I imagine there are others out there that may like to do the same. However, I must advise caution when making donations to military/veteran charities. Sadly, there are scam artists out there exploiting our kindness to the brave people that serve or have served in our armed forces (a Google search revealed prosecutions for such scam groups). Thanks to two…

My annual Toys for Tots event is this Saturday, December 13 at Dudley’s in New Rochelle. All toys are distributed to kids in need in the Westchester area, including Hope Community Services in New Rochelle. We need your help to make this event a big success. Please stop by on Saturday with a contribution that will…

I serve on the Environment and Energy Committee of the Board of Legislators, and for months we worked on legislation that would mandate that our Westchester County government purchase only high-mileage, hybrid, electric or alternative fuel vehicles. When the law faced some obstacles, I suggested that a small team of legislators meet directly with the…

Originally posted on Free Voter Blog: During my lifetime, for the even years when we are not voting for president but voting for such important officials like Governor, Attorney General, Comptroller, US Senate, Congress, State Senate and State Assembly, New York State’s voter turnout of registered voters has been cut in half. Yes, when I…

Some Advice To President and Congress

Originally posted on Free Voter Blog: The press events by President Obama and congressional leaders this week after Election Day demonstrate the tension between Democrats and Republicans in DC, not that this is any surprise, yet it was troubling the President still claims he will bypass Congress by using his alleged executive authority to reform…

Will Silver Be Correct Again In Election 2014

Originally posted on Free Voter Blog: ELECTION 2014 It’s two weeks until Election Day, and I’m curious whether statistician Nate Silver will be correct again this year? Silver runs the popular blog http://www.fivethirtyeight.com and bases his election predictions more on the laws of probability than political analysis. In the 2008 presidential election, Silver correctly predicted…

Phil Reisman Column Below, October 12, 2014 – www.Lohud.com – The Journal News Reisman: HUD is the real ‘impediment’ in housing fracas President Obama visited Westchester twice this year — first to laud the building of the new Tappan Zee Bridge and then to collect money from some extremely rich donors. His visits were emblematic of the… 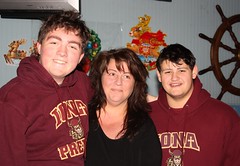 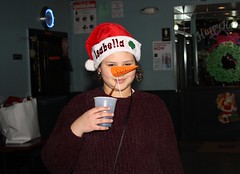