BOARD OF LEGISLATORS UPDATE:

Over the past few years, I pushed hard to ensure that the Westchester County Police Department is fully staffed. There are just too many threats out there to cut corners on public safety, so this issue remains a priority for me.

This week, I joined my Republican colleagues in a press release announcing that County Executive Rob Astorino took action to fill 5 Westchester County Police Officer positions by signing the vacancy releases on Monday. The positions should be filled within about two weeks. The hirings are part of December’s budget compromise that I helped negotiate between the bipartisan leadership team at the Board of Legislators and County Executive.

Frankly, if it was my only choice, I would rather raise taxes than cut police – public safety is a fundamental responsibility for all governments. We thank the County Executive for hiring the 5 new Police Officers that were added back to the budget by the County Legislators. However, it’s my view that we are not done, and I hope to see additional police officers hired this year to fill all other current vacancies. 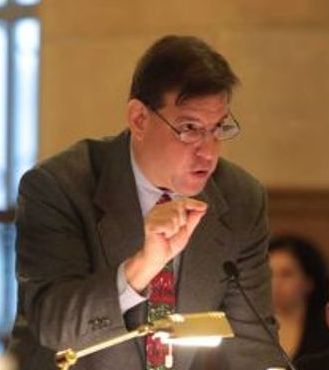